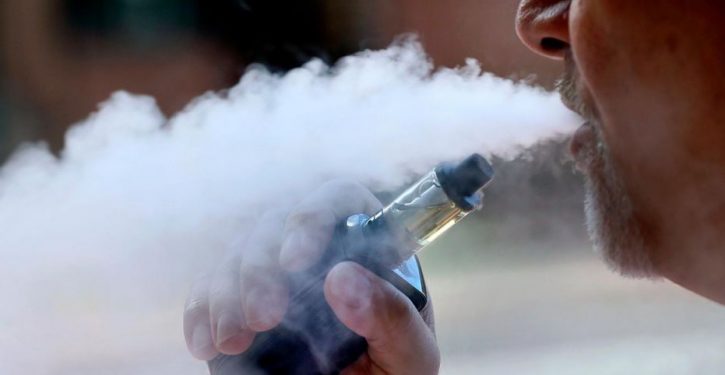 [Ed. – Vaping is hazardous to your health.]

A sixth person in the U.S. has died of a severe lung illness related to vaping, Kansas health officials confirmed Tuesday.

The Kansas resident was female and over 50, and had other health issues. However, officials said that her quick death was due to vaping.

“She had some underlying medical illnesses, but nothing that would have foretold the fact that within a week after starting using e-cigarettes for the first time, she developed full-blown acute respiratory distress syndrome and died,” Dr. Lee Norman, secretary for the Kansas Department of Health and Environment, told NBC News.

This is first recorded death related to vaping in Kansas. The previously confirmed deaths occurred in Indiana, Minnesota, California, Illinois and Oregon, primarily in middle-aged adults.

Along with the sixth deaths, the Centers for Disease Control are also investigating over 450 reported cases of severe lung illness linked to vaping. …