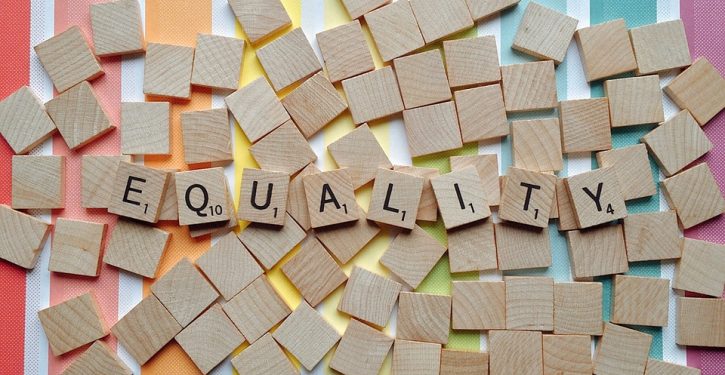 Socialist senior citizen Bernie Sanders has regularly characterized supposedly rampant income inequality as the “defining crisis of our time,” and lamented throughout his presidential campaign that “the middle class of this country, over the last forty years, has been disappearing.” Other liberal Democratic candidates, such as Elizabeth Warren, have similarly chided America over our supposedly worsening inequality crisis, with the pseudo-wonk candidate releasing numerous proposals specifically targeting inequality.

Yet new data show the liberal narrative surrounding income inequality has been exaggerated and is unfounded. The U.S. Census Bureau just released new statistics which show that the Gini coefficient, a common measure of income inequality, has hardly changed in the last 25 years.

What’s more, a 2018 academic paper sent shockwaves around the academic community when it showed that the gap in income equality has risen “nowhere near as much as alleged.”

Rachel Maddow, MSNBC slapped with $10M defamation suit by conservative network
Next Post
Burger King takes the ‘ham’ out of ‘hamburgers’ so as not to offend Muslims: Just one problem