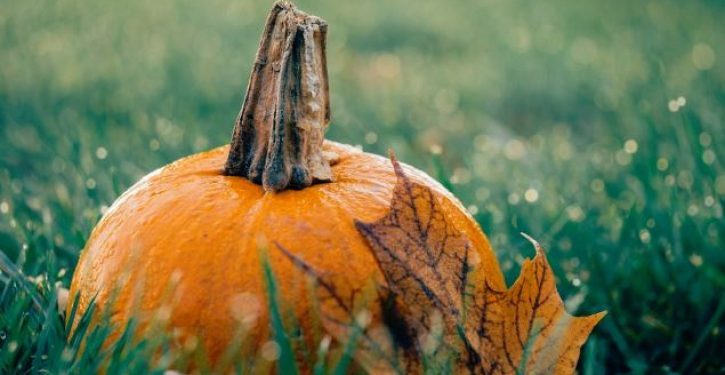 [Ed. – Battening down for the backlash on this one.]

Media elites, particularly those on the Left, love to hate the pumpkin spice latte. In 2014, the left-wing website Vox Dot Com described the ubiquitous fall beverage as “an unctuous, pungent, saccharine brown liquid, equal parts dairy and diabetes, served in paper cups and guzzled down by the liter.” Just last week, the similarly inclined Washington Post blamed pumpkin spice for “war, genocide and slavery.” And yet, the PSL has become Starbucks’s most popular seasonal drink, with sales topping $200 million in the drink’s first decade of existence. Last year alone Starbucks sold 424 million cups. …

People love that strong flavor because it reminds them of Thanksgiving, the quintessentially American holiday. …

In more tangible terms, the pumpkin spice latte shares many of the qualities that endear conservative politicians to their supporters and arouse disgust in their opponents. It’s blunt, common, and unapologetically American. Its brand is promiscuous, its color artificially orange. Were our president to liquefy, he would turn into a pumpkin spice latte.