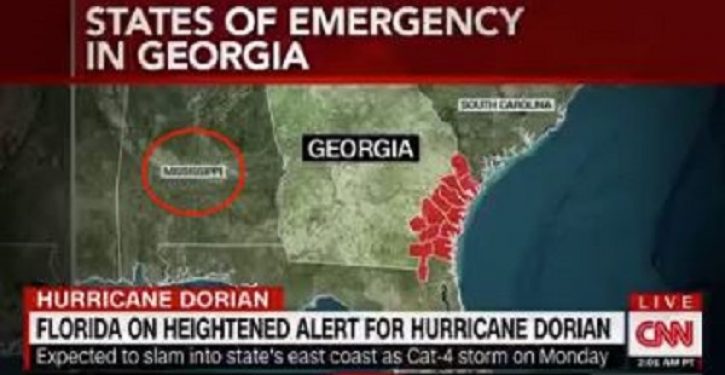 [Ed. – Fredo and company need to take some time off for remediation in geography.]

White House press secretary Stephanie Grisham called out CNN over a graphic the network aired that appears to mislabel Alabama as Mississippi, based on a screenshot that Grisham tweeted, as President Trump faces ongoing criticism for doubling down on his claim that Hurricane Dorian originally posed a threat to Alabama.

The image was shown in reference to a report on Dorian’s progress as it works its way up the eastern U.S. coast, showing parts of Georgia in a state of emergency. As of early Thursday afternoon, Dorian, which has again been downgraded to a Category 2 storm, was hammering the Carolinas.

CNN responded later Thursday, saying the error was corrected in seconds and it was acknowledging the mistake.

“You all should try it sometime,” the network tweeted from its public relations account. 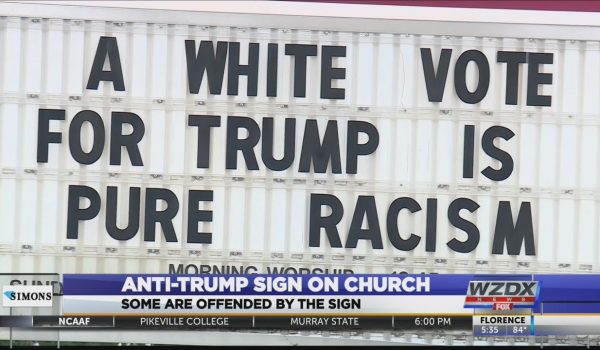