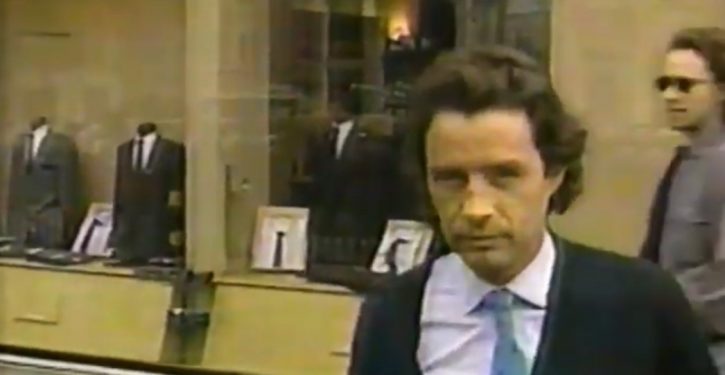 [Ed. – This isn’t Ghislaine Maxwell; it’s another individual who ran a modeling agency.  (Brunel was connected to legitimate agencies like Eileen Ford, BTW; he’s well known in the fashion world.)  Must be another coincidence that this guy up and disappears just at this particular time.]

French authorities want to quiz Jean-Luc Brunel, 72, over his ties to Epstein as part of their own probe into the late financier who had a house in Paris, according to the Daily Mirror.

“He is a ghost who has disappeared without a trace,” a legal source in Paris told the paper of Brunel, who discovered some of the biggest names in modeling, including Christy Turlington and Angie Everhardt.

Investigators have made inquiries throughout the US and Europe, as well as Brazil, where the Frenchman was seen looking for girls just three months before Epstein, 66, was arrested, the paper says.

“There is no address for him, all his internet accounts, including social media, have been wiped out. He is uncontactable,” the source told the Mirror.

Here is Jean-Luc Brunel last month, partying in Paris the night before his old friend Jeffrey Epstein was arrested by the FBI https://t.co/kh0BxGnwh5 pic.twitter.com/YaG8tpl9t8