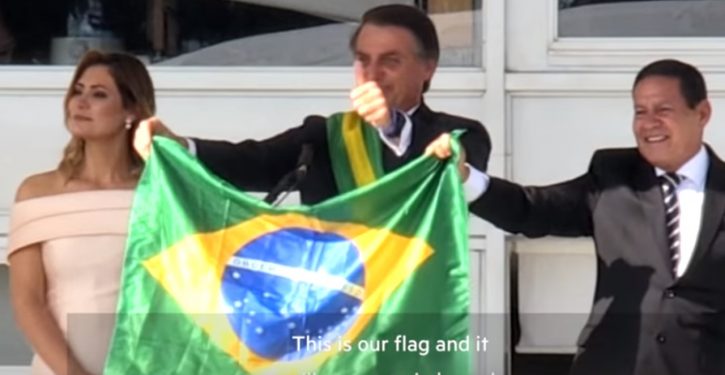 Jair Bolsonaro at his inauguration as president of Brazil. YouTube, FT video

[Ed. – One of the most popular disposable pens used in the U.S., Bic is headquartered in France. Who knew?]

Brazilian President Jair Bolsonaro is vowing to stop using disposable pens made by the French company Bic amid an ongoing feud with French President Emmanuel Macron over how to confront the raging wildfires in the Amazon rainforest.

“A pen (of the Brazilian brand) Compactor and no more Bic, will work,” Bolsonaro said on Friday, adding that he would stop using Bic “because it is French,” according to Agence France Presse (AFP).

AFP noted that Brazil’s presidential office declined to comment when asked whether the remark was a joke.

A Bic spokesperson told AFP that the majority of its pens sold in Brazil are manufactured in Manaus, a Brazilian city in the Amazon region. The spokesperson would not address Bolsonaro’s decision to boycott the brand.