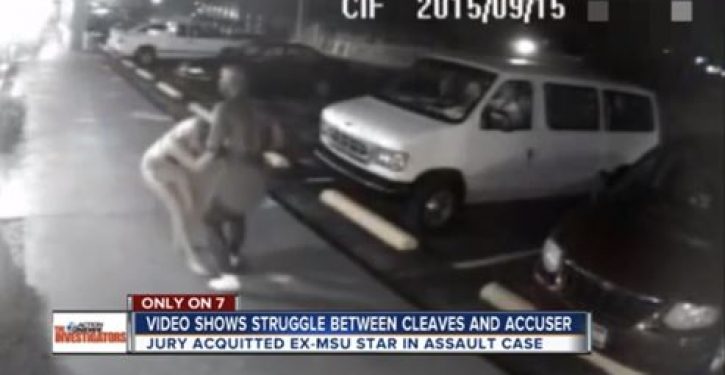 [Ed. – ‘Cleaves’s attorneys maintained during trial that the sex was always consensual and that the video showed him trying to protect the partially nude woman when he pulled her back into the room.’]

Video from the night Mateen Cleaves was accused of sexual assault shows his accuser struggling and pulling away from the ex-MSU star as he attempts to pull her back into a motel room.

Cleaves was acquitted of 4 sexual assault charges by a jury on August 20.

The surveillance video, which was played in court but not allowed to be broadcast while the trial was ongoing, was taken outside of the Knights Inn Motel in Grand Blanc. …

The first clip shows Cleaves’ accuser walking away from the motel partially nude, followed closely by Cleaves in pursuit. Cleaves is seen wearing only socks.

The video shows Cleaves grab the woman, who we are not identifying, spin her around and pull her back towards the room she just tried to leave. She resists, bending her knees and trying to pull away. 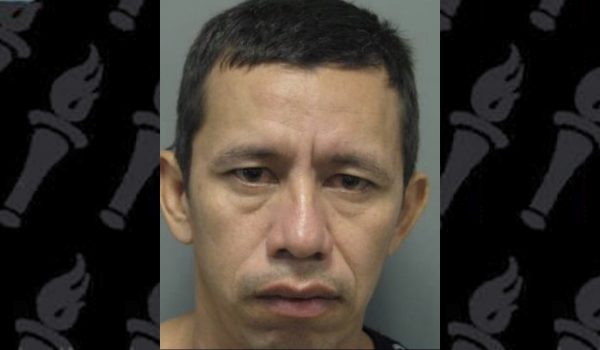