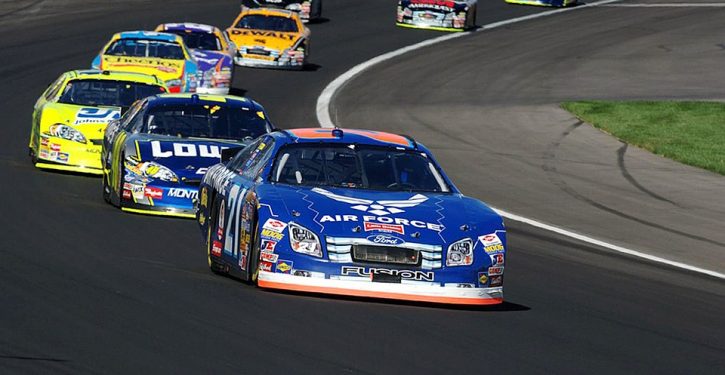 [Ed. – Because left-wing politics improve everything.]

The National Association for Stock Car Auto Racing, otherwise known as NASCAR, has reportedly started to take a “gradual shift” on its stances surrounding the Second Amendment.

The revelation comes after multiple gun companies have said that NASCAR, which has a primarily Republican base, banned them from running advertisements that feature guns.

“Dark Storm Industries said an ad it submitted featuring one of the company’s AR-15s was rejected and online retailer K-Var Corp. said an ad featuring an AK-47 and 9mm handgun was also rejected.”…

In a statement, Dark Storm industries wrote on Instagram:

NASCAR decided to turn their back on their customer base, joining the likes of Yeti, Dick’s and Under Armour. We were approached by a NASCAR publication eager to earn our business, but after submitting our ad it was immediately rejected, stating that we cannot depict “assault weapons”… whatever those are. …