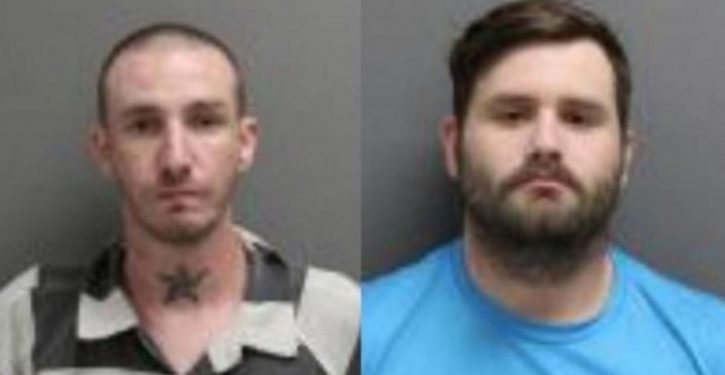 [Ed. – 6,756 Americans were killed in Iraq and Afghanistan, so the task will take some time.]

Two Montana men who wrongly claimed to be military veterans while trying to get more favorable sentences were ordered to prison last week — and neither inmate will be eligible for parole until they complete an assignment that includes hand-writing the names of all Americans killed in the Iraq and Afghanistan wars.

Ryan Morris, 28, and Troy Nelson, 33, both claimed they were veterans as part of an effort to get their cases moved to a Veterans Court to receive lesser sentences.

The two were sentenced Friday in Cascade County Court. Morris got 10 years in prison for violating the terms of his probation for felony burglary, while Nelson got five years on a drug possession conviction. Judge Greg Pinski suspended three years of each defendant’s sentence.