[Ed. – That will only be fodder for accusations of racism and Islamophobia, in the Democrat-controlled House.  But given today’s revelations about Omar – more coming on that – it’s not out of the ballpark for the kind of allegations rolling in on her professional/personal behavior.]

The state GOP supported a resolution calling for the congresswoman’s ouster at its summer meeting in Auburn this past weekend, according to Al.com. …

The resolution calls on Alabama’s congressional delegation to “proceed with the expulsion process in accordance to Article 1, Section 5 of the U.S. Constitution.” …

The resolution backed by Alabama Republicans condemns Omar for what it calls her “disturbing record of using anti-Semitic language that includes alleging Jewish money is used to buy American influence regarding its policy toward Israel.” 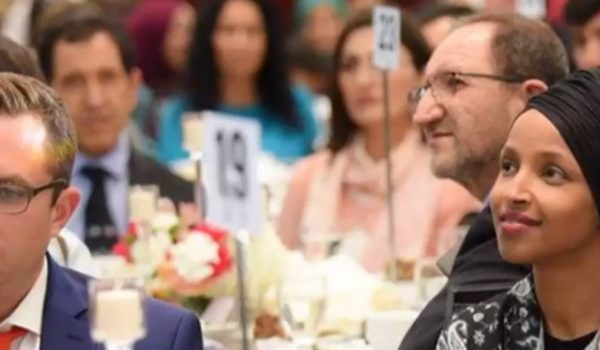