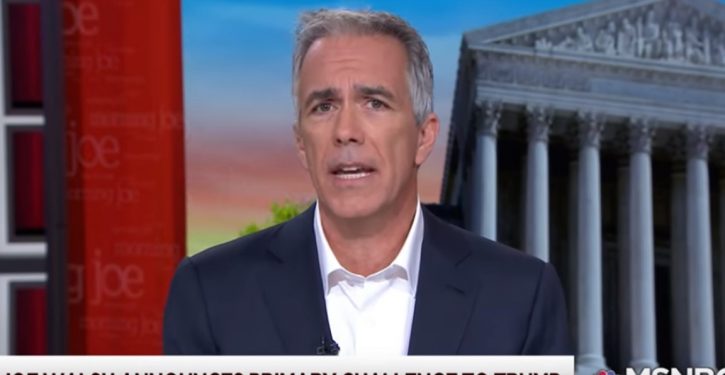 JOHN HEILEMANN: You’ve apologized for helping to spawn Trump and for going too far. For a lot of people, the president is a stone-cold racist and so are you. I can sit here and read off tweets: “Barack Obama’s a Muslim,” “Barack Obama was born in Kenya.” …

JOE WALSH: I wouldn’t call myself a racist, but I would say, John, I’ve said racist things on Twitter. There’s no doubt about it. And an apology is not enough. When I said Barack Obama was a Muslim, that was a horrible thing to say. And I said it because I was so disgusted with Obama’s policy towards Israel, that I went a bad, ugly step.