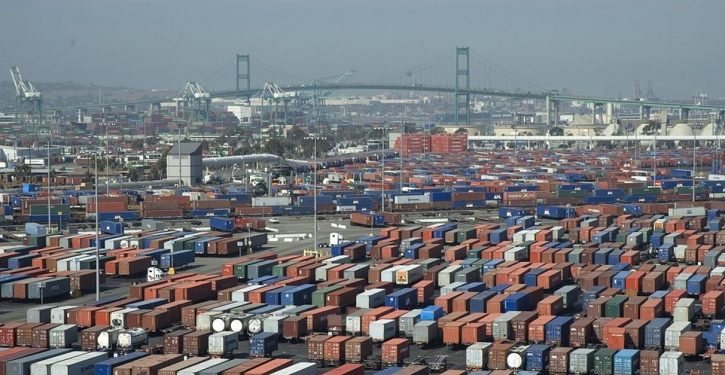 [Ed. – I assumed Trump had a statute citation for this, because he always does.  Wonder if some companies will sue him over it to get a judicial reading on the application of the IEEPA for this problem.  They might or might not; not sure it’s “case closed!” but it seems like the ruling might go Trump’s way.  This isn’t about imposing tariffs – Congress’s lane as tax authority – it’s about using a statutory power to order private businesses to do something.  FDR did that all the time.]

On Friday, China unveiled a new round of retaliatory tariffs on about $75 billion worth of US goods, the latest escalation in an on-going trade war that’s putting a strain on the world’s two largest economies. In response, Trump wrote on Twitter later Friday: “Our great American companies are hereby ordered to immediately start looking for an alternative to China including bringing …your companies HOME and making your products in the USA.”

When leaving the White House for the G7 summit in France, Trump told reporters, “I have the absolute right to do that, but we’ll see how it goes.” He later explained that he was referring to the 1977 International Emergency Economic Powers Act (IEEPA), and in a Friday tweet wrote: “For all of the Fake News Reporters that don’t have a clue as to what the law is relative to Presidential powers, China, etc., try looking at the Emergency Economic Powers Act of 1977. Case closed!”