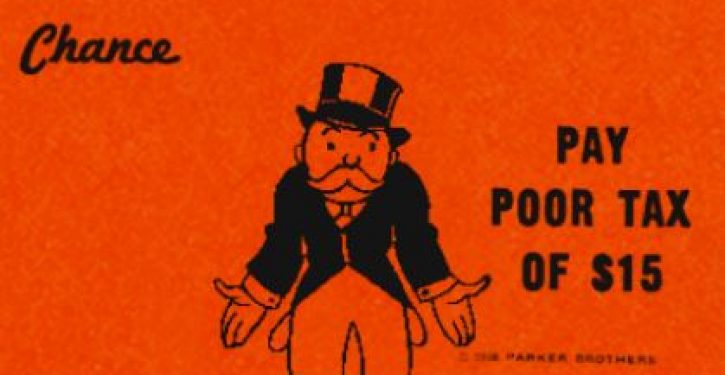 [Ed. – Another company about to learn the hard lesson that most Americans prefer to keep their politics and the leisure time separate?]

Winning is for capitalists. At least that’s the message behind a parody of Monopoly that surfaced this week after a Twitter thread on the game spread widely.

In Monopoly Socialism, an official version of the game manufactured by the toy company Hasbro, players move around the board contributing to community projects “unless they can steal projects to get ahead,” according to the product’s description.

When players pass go, they get a $50 “living wage” as opposed to the usual $200, and the tokens are all dated artifacts like a typewriter, a phonograph, a pocket watch, an old-fashioned telephone and an old-style TV set.

“Get ready for laughs as the twists and turns of life put a damper on working toward a shared, utopian society,” the description for Monopoly Socialism reads. “Cooperation isn’t always what it’s cracked up to be.”