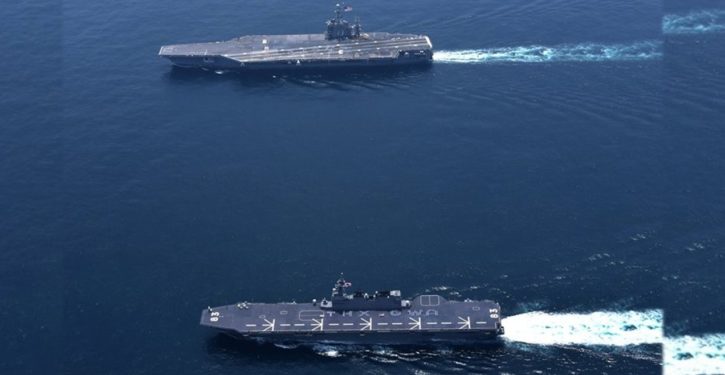 [Ed. – Japan’s Izumo and Kaga helo-carrying amphibious ships are their largest warships, even bigger than the U.S. Wasp-class for size.  Plenty of deck.  Obviously the technical considerations must be vetted, but this will be a political decision — and a big one.  Russia and China are charging hard at the U.S. alliances in the Far East.]

The warships were originally designed to field a fleet of anti-submarine warfare helicopters and respond to humanitarian aid and disaster relief. However, in December Prime Minister Shinzo Abe approved a move to convert the two ships to field the STOVL F-35s in parallel with Japan’s purchase of 42 F-35Bs, reported The Diplomat.

In March, the Abe government asked then-Marine commandant Gen. Robert Neller if the U.S. would consider deploying Marine F-35Bs from Izumo and Kaga, reported The Asahi Shimbun earlier this week.