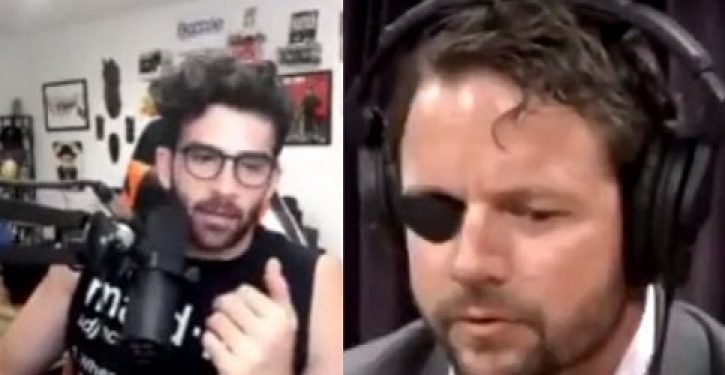 [Ed. – He also have kudos to the enemy combatant responsible for Crenshaw’s losing his eye.]

It gets more and more difficult to move the needle into “make our blood boil” range, since a steady barrage of stupidity and heartlessness coming from the far-left tends to tighten up the gears a bit over time.

But Hasan Piker, reportedly the nephew of uber-lib pundit and fellow co-host of The Young Turks Cenk Uygur, buried it in the red zone on Tuesday when he lit up Rep. Dan Crenshaw and the United States with the most crass and offensive liberal insults in recent memory.

Piker was reviewing Crenshaw’s recent appearance on the “Joe Rogan Experience” in which the congressman and decorated military veteran defended America having military bases around the world in more than 100 countries.

“Like we totally brought it upon ourselves dude, holy sh-t.

Alyssa Milano says her ‘life would be completely lacking’ if not for her abortions
Next Post
Birthright citizenship: a fundamental misunderstanding of the 14th Amendment