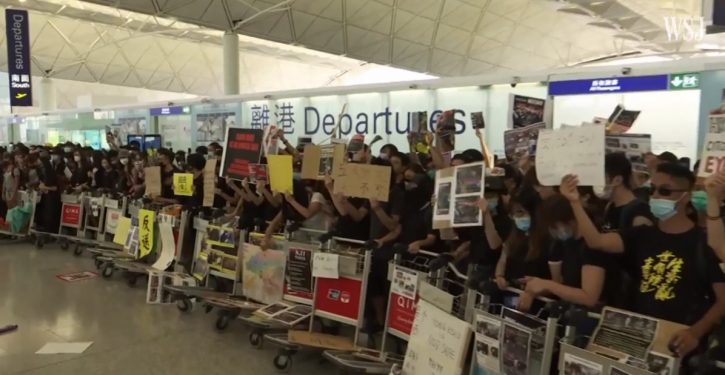 [Ed. – Trump tweeted on Tuesday that China was “moving troops” to the border; the viral videos on the Web show materiel movements from a few days ago, not in the last 24 hours.  It’s not clear what the Chinese military is up to at this moment.  Reporting about the clashes at the airport, which had to be closed to flights again on Tuesday (after being opened on Monday following an hours-long closure), includes video of physical altercations.  Ugly, unstable situation.  I wouldn’t discount the likelihood that Trump is talking to Xi in private while not tipping his hand in public, because that would be very Trump-like. But we’ll see.]

Police clashed with protesters thronging Hong Kong’s airport late Tuesday, with violence flaring at the end of a second straight day of pro-democracy demonstrators overwhelming one of the world’s busiest travel hubs.

Without citing specific evidence, President Trump on Tuesday tweeted: “Our Intelligence has informed us that the Chinese Government is moving troops to the Border with Hong Kong. Everyone should be calm and safe!” …

At the airport Tuesday, demonstrators seized two men they suspected of being pro-Beijing infiltrators, and witnesses said they were beaten. In both cases, paramedics had to struggle to extract them from the crowd. 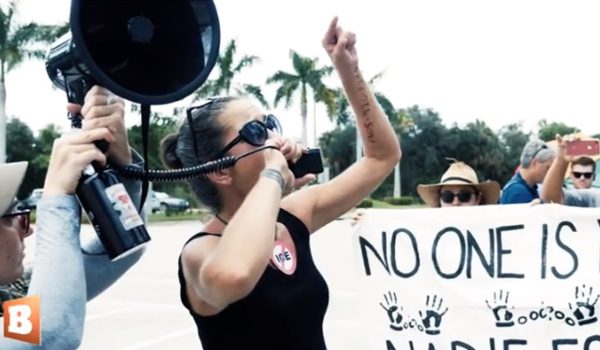