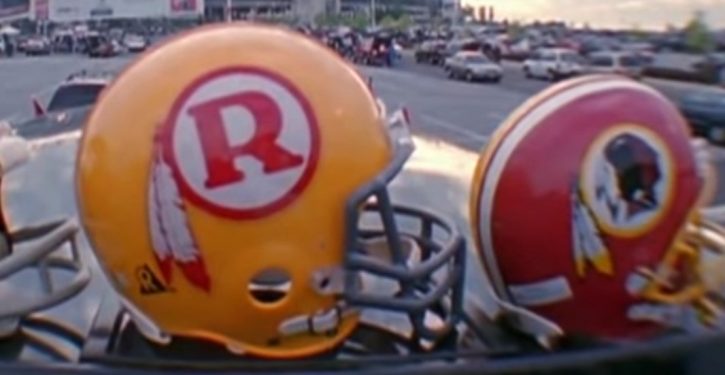 [Ed. – WaPo‘ s poll shows 90% take no offense at “Redskins” or other team names evoking associations with native peoples.  Ms. Vargas mainly seems upset that her polemics aren’t moving the needle on this.  And the poll was all ready for the pre-season and everything.]

The new survey duplicates the Washington Post’s 2016 poll finding that 90 percent of Natives are not offended by the Redskins’ nickname ― much to the disappointment of writers at the Post. Like Theresa Vargas, who insists the name is a dictionary-defined slur, no matter how many people accept the word.

The Post polled 504 self-identified Native Americans and found universal acceptance of Indian nicknames. A 2016 Post poll and a 2008 Annenberg Public Policy Center poll told the same story. “I know, I know. We’ve all already given a lot of emotional energy to this issue, and three years ago, we agreed, whether or not we said it, to move on,” wrote a disappointed Vargas.

Vargas said she spent a lot of time writing about this debate, “and I can tell you that I was as surprised as anyone by the poll’s results. I would have bet my car that over the years attitudes had changed, at least a little.”