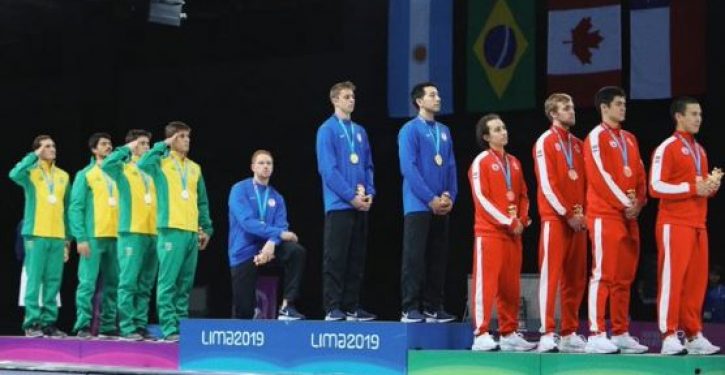 [Ed. – You can’t kneel during the national anthem and claim to love the country at the same time. The action is a show of blatant disrespect. If there are things about the country Imboden doesn’t like, including its leaders, he can work to change that.]

An American who medaled in fencing at the Pan American Games took a knee during the national anthem to protest racial and social injustice.

Race Imboden, who earned a bronze medal in the individual men’s foil event and a gold in the team competition, knelt as the national anthem was played during a medal ceremony during the competition Friday in Lima, Peru.

Imboden is pictured on the podium kneeling as his teammates Gerek Meinhardt and Nick Itkin are stand.

“This week I am honored to represent Team USA at the Pan Am Games, taking home Gold and Bronze,” Imboden said on Twitter following his protest. “My pride however has been cut short by the multiple shortcomings of the country I hold so dear to my heart.”

After this last week, some serious concerns MUST be addressed regarding ‘red flag’ laws
Next Post
Fast food employees fired after drawing pig on police officer’s food order 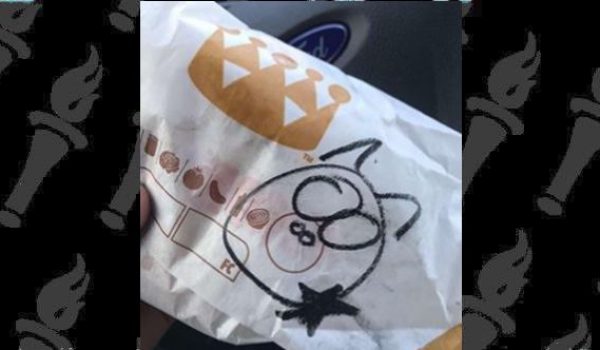