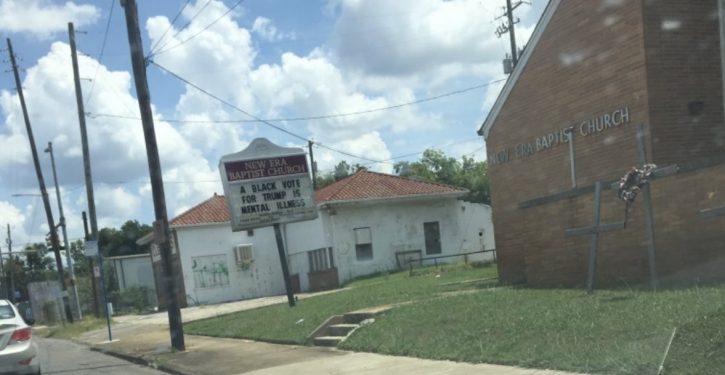 Put them down as a "no" for letting black Trump voters keep and bear arms? Via Twitter, @TheDaleJackson, USA Herald

[Ed. – Helpful. At a time when Trump and Congress are looking at going into overdrive on the mental illness and guns issue, we definitely need more irresponsible, throw-away lines about what mental illness is.  Note: coverage of this church indicates it is indeed located and operating where the writer (and the tweet) place it, with a history of inflammatory proclamations on its sign outside.]

Many Americans who take issue with President Trump also have no qualms with expressing their distaste for Trump voters and Trump supporters. Since the president’s time in office, various conservatives and MAGA-hat wearers have faced public ridicule and condemnation. Various left-wing media outlets, such as The Young Turks, also haven’t provided very favorable coverage of Americans who back this current president.

A church based in Birmingham, Alabama is presently facing some heat following a controversial message. A sign displayed outside of the New Era Baptist Church states that “a black vote for Trump is a mental illness.” This particular manner of thinking is not exactly new for many individuals who lean left of center.

Reportedly, this is from a church in Birmingham with a “A BLACK VOTE FOR TRUMP IS A MENTAL ILLNESS”… pic.twitter.com/SQzkzXXfuw 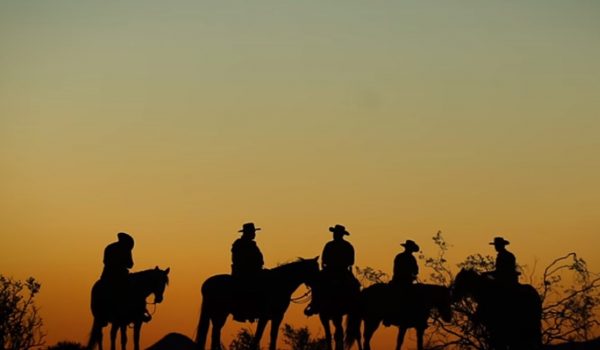