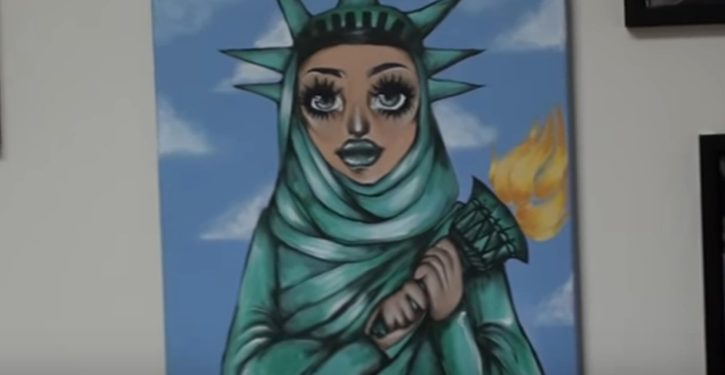 (Image: Screen grab of We the People Rising video, YouTube)

[Ed. – Will liberal non-Muslims women start wearing these as a middle finger to the Right?]

Banana Republic is the latest major retailer to sell hijabs, the Islamic head covering for women. Although the company has been praised for its new products by CAIR, it also faces backlash from the Islamic community for showing models in hijabs dressed in short-sleeved t-shirts and other clothing not in line with Islamic dress codes.

The clothing company began selling hijabs in late July, following in the footsteps of Nike and Macy’s. Banana Republic’s site currently features four hijabs in solid colors as well as leopard and floral prints, ranging in price from $39.50 to $49.50.

Banana Republic is owned by Gap, which also owns the Old Navy brand.