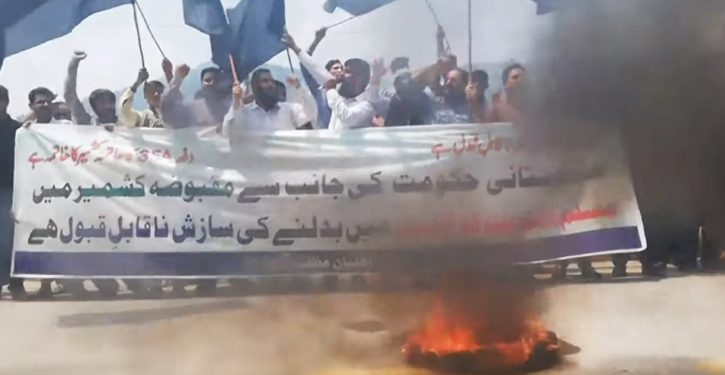 [Ed. – When India started the build-up a few days ago, it looked initially like this would just be another build-up, uneasy return to stability, and stand-down.  But not this time.  Not clear where this will go, but it’s another move, away from the long-time status quo, that generates a sense of the world heading into something big.  Pakistan won’t like it, but it’s probably not their number one worry right now. Strange times.]

In the first few days of August, there were signs of something afoot in Kashmir.

Tens of thousands of additional Indian troops were deployed, a major Hindu pilgrimage was cancelled, schools and colleges were shut, tourists were ordered to leave, telephone and internet services were suspended and regional political leaders were placed under house arrest.

But most of the speculation was that Article 35A of the Indian constitution, which gave some special privileges to the people of the state, would be scrapped.

The government then stunned everyone by saying it was revoking nearly all of Article 370, which 35A is part of and which has been the basis of Kashmir’s complex relationship with India for some 70 years.