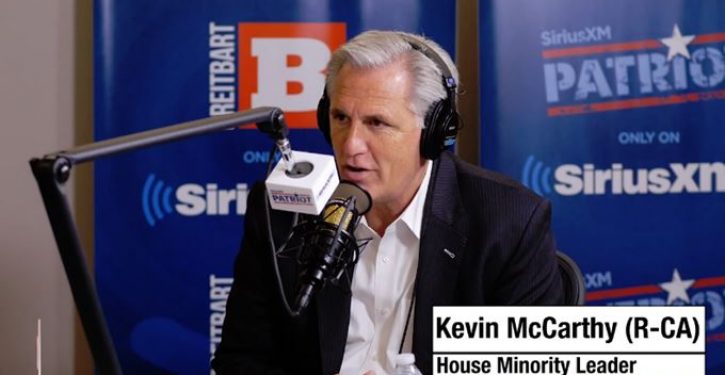 Republicans only need to net win back 20 seats from Democrats to retake their majority in the U.S. House of Representatives, and House Minority Leader Kevin McCarthy broke down the GOP plan to do just that in an exclusive interview with Breitbart News that aired Saturday morning.

The one-hour-long in-studio exclusive interview which aired on Breitbart News Saturday and will air again on Breitbart News Sunday on SiriusXM 125 the Patriot Channel, is the first and most comprehensive the House’s leading Republican has given detailing such plans by the GOP.

In addition to the political focus in this interview, McCarthy also discussed immigration policy and tech policy with Breitbart News. McCarthy laid out the numbers that Republicans need to hit to win back their majority in 2020 alongside President Donald Trump’s efforts to win re-election.