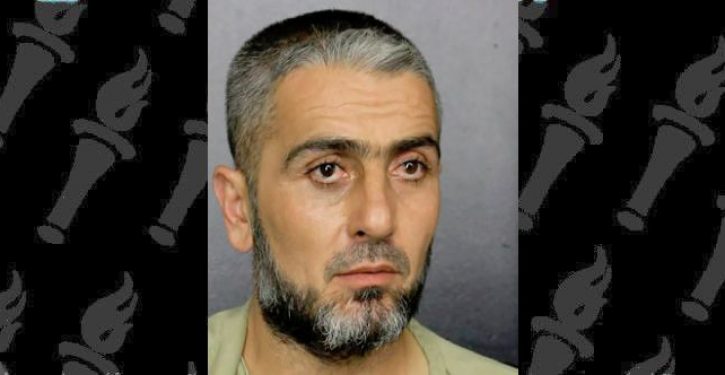 A Florida man accused of trying to slash a Walmart employee with scissors now faces federal charges after allegedly threatening President Donald Trump while he was being arrested.

Federal court records show Mohammed Omar Haji Mohammed, 36, is charged with making threats against the president during the July 8 altercation. A Secret Service affidavit says Mohammed tried to slash a Walmart employee during a disagreement at the customer service desk, then yelled threats in Arabic that were recorded on body cameras by police who responded.

And this: “l need Trump cut. I want to cut, two portions.”

The affidavit says Mohammed had made suspicious Facebook posts about doing something that would be newsworthy.

Have you noticed that robots tend to be white? (Guess where this is heading)
Next Post
James Comey’s next reckoning is imminent — this time for leaking