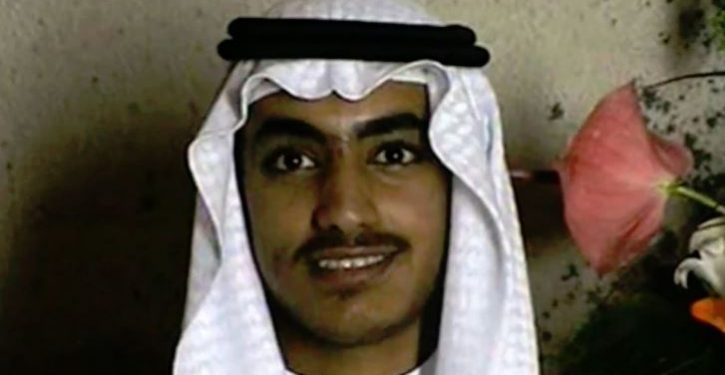 The United States has obtained intelligence that the son and potential successor of al Qaeda leader Osama bin Laden, Hamza bin Laden, is dead, according to three U.S. officials.

The officials would not provide details of where or when Hamza bin Laden died or if the U.S. played a role in his death.

Asked by reporters on Wednesday whether the U.S. had intelligence that Hamza is dead, President Donald Trump said, “I don’t want to comment on that.”

Hamza bin Laden’s last known public statement was released by al Qaeda’s media arm in 2018. In that message, he threatened Saudi Arabia and called on the people of the Arabian peninsula to revolt.

Hamza bin Laden is believed to have been born around 1989. His father moved to Afghanistan in 1996 and declared war against the U.S. Hamza went with him and appeared in al Qaeda propaganda videos.

Study: Drinking young people’s blood could help you live longer, prevent diseases
Next Post
DNC just abruptly purged half a dozen staffers. Why? Because they are white.