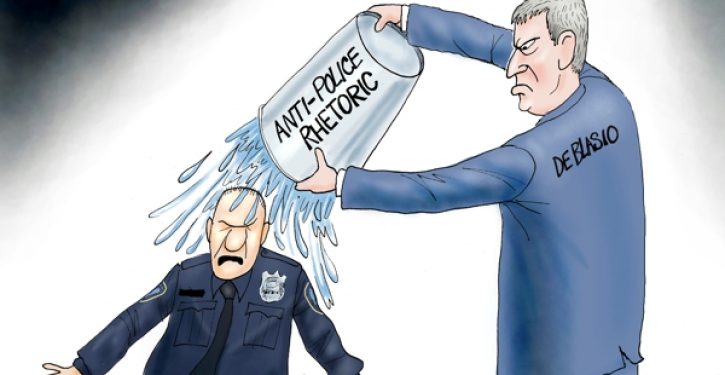 [Ed. – As with hate crimes, what constitutes ‘disrespect’?]

The most recent incident in Queens has compelled lawmakers to announce a new bill that cracks down on anyone who disrespects the badge, CBS2’s Natalie Duddridge reported.

Police are on the hunt for a person caught on camera throwing water at traffic cops, who are seen just doing their jobs on a corner in Woodhaven.

There have been at least four separate cases in recent weeks of citizens showing contempt for officers, prompting some fed-up lawmakers to say enough is enough. They want anyone who does it to go to jail.

Police are looking for the man who was captured on video blatantly tossing bottled water at two NYPD traffic enforcement agents in Queens, as he records it on his cellphone. The incident happened last weekend at 86th Street and Jamaica Avenue.