The Kamala Harris campaign directly benefits from the Trump tax cuts: The Harris national campaign headquarters is located in an Opportunity Zone in Baltimore made possible by the Tax Cuts and Jobs Act, signed into law by President Donald Trump in 2017.

Harris has promised to fully repeal the Tax Cuts and Jobs Act if elected. “Get rid of the whole thing,” she said. If she repealed the tax cuts, the Opportunity Zones — including the one where her campaign headquarters is located — would be abolished.

For months, the Harris campaign headquarters was housed in a different Baltimore location. The campaign told the The Baltimore Sun in May that the headquarters would be moved to an Opportunity Zone:

“The campaign said the permanent site will be located in an “opportunity zone.” That federal program — part of a 2017 tax reform law — is designed to attract billions of dollars of private investment and government resources to distressed communities around the nation.”

Prince Harry: He and Meghan will have only two kids to help save the planet
Next Post
Cartoon of the Day: Aqua Man 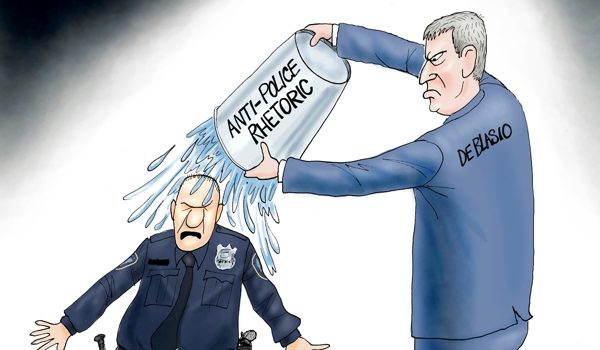