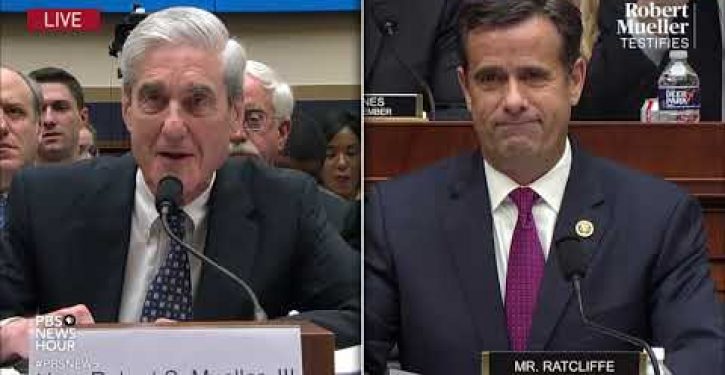 [Ed. – So Brennan and Clapper were ‘nonpartisan’? Ohhh-Kay!]

Republicans hesitated on Monday to embrace President Trump’s choice for the director of national intelligence, and some privately expressed doubts about his potential confirmation, echoing concerns of experts and Democrats that he was too inexperienced and too partisan.

Mr. Trump’s pick, Representative John Ratcliffe of Texas, could face an uphill battle, Senate Republicans said in private conversations. Several said they wanted to keep the intelligence post apolitical, and Mr. Ratcliffe will need to show he can move beyond the die-hard conservative persona that has made him a star in the House and on Fox News but less well known among senators who will decide whether to confirm him.

Republicans on the Senate Intelligence Committee, including its chairman, Richard M. Burr of North Carolina, said they were unfamiliar with the congressman. “I don’t know John Ratcliffe,” Mr. Burr said.

Study: Swing-state households would lose at least $70K within first year of Green New Deal
Next Post
Prince Harry: He and Meghan will have only two kids to help save the planet