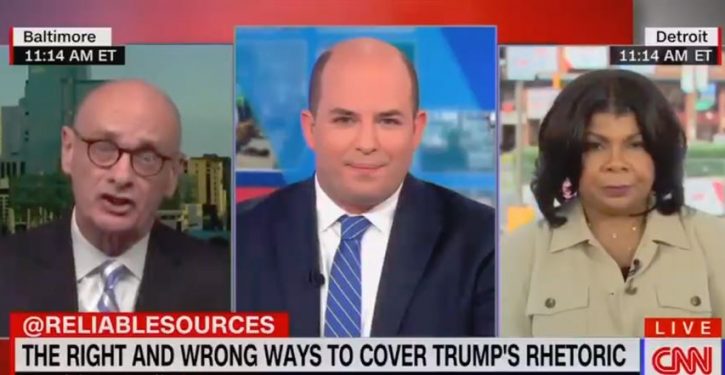 [Ed. – At least he’s being honest. He sees the media’s job as not to report the news but to influence voters.]

In another organized effort by the liberal media to amplify their narrative about President Trump allegedly being a racist, CNN’s so-called “Reliable Sources” introduced a panel loaded with media folks from Baltimore in order to denounce the President, after a Twitter battle with Rep. Elijah Cummings (D) about his district.

Media janitor Brian Stelter, who grew up in Maryland, kicked off his Sunday show with a rant decrying Trump, Fox News, and those exposing the horrors of West Baltimore. …

He then trotted out Baltimore residents David Zurawik from The Baltimore Sun and CNN analyst April Ryan. As would be expected, this combination of anti-Trump media folks and ties to Baltimore/Maryland led to a potent case of righteous indignation.