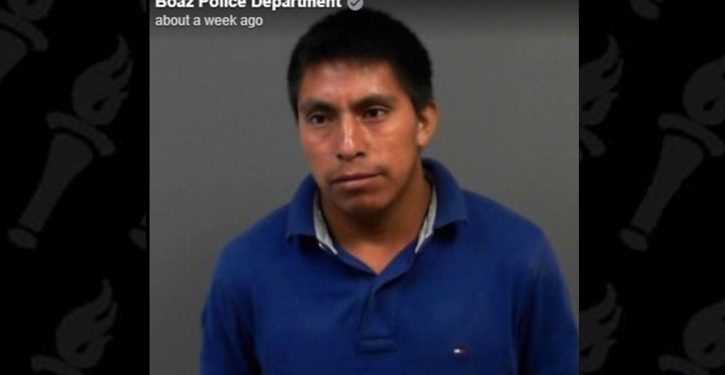 [Ed. – We have more than enough sexual predators already. It’s a serious question why Democrats are indifferent to the addition of more, through illegal migration.]

A man discovered to be in the country illegally was arrested in Boaz and charged with sexually abusing a child.

On Thursday, July 18, Boaz Police arrested Felipe Juan Miguel, 25, who was living in Boaz. He was arrested around 8 or 9 p.m.

According to Boaz Police Chief Josh Gaskin, the victim was known to Miguel, but for the sake of the victim’s privacy, he could not disclose how they knew each other. …

After conducting interviews through translators, investigators determined that Miguel had only been in the United States for three months and that he came from Guatemala illegally.

Joe Scarborough’s desperate plea to Dems: ‘Get in Trump’s face’ or else he’ll win again
Next Post
De Blasio is the new Swalwell: Seeks $1 donations to make next Dem debate stage