[Ed. – She believes in democracy. Can’t you tell?]

An August 2016 video of Rep. Rashida Tlaib (D-MI) being escorted out of then-candidate Donald Trump’s speech has resurfaced on social media. The video shows security guards removing Tlaib from the speech after interrupting the Republican nominee.

“You guys are crazy!” Tlaib yells at people in the audience.

It turns out Tlaib penned an opinion piece in the Detroit Free Press after the disruption took place to explain her actions.

According to Tlaib, she felt compelled to disrupt Trump because of his “hate-filled rhetoric and tactics.” She and 12 other women made a commotion during Trump’s speech to the Detroit Economic Club in August 2016.

I have heard critics calling it unbecoming of a former state legislator. Well, I believe it is unbecoming of any American to not stand up to Trump’s hate-filled rhetoric and tactics. 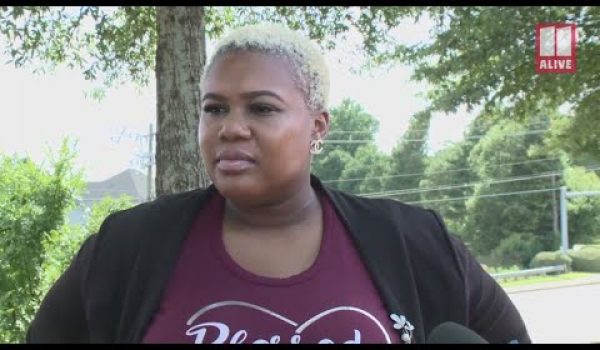