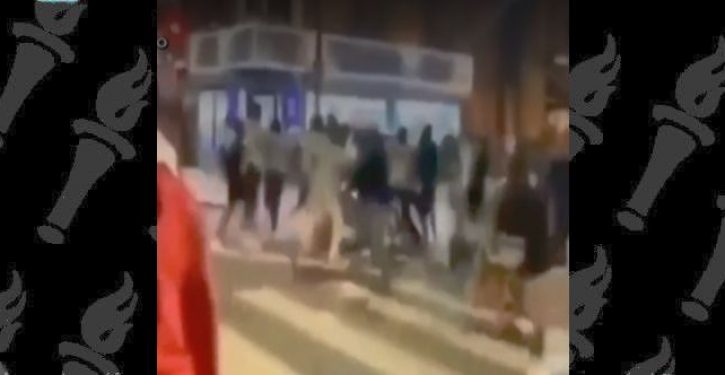 [Ed. – A followup to this. It must be their summer pastime.]

Police are investigating after several teens stormed into a Philadelphia Wawa on Wednesday afternoon, stealing several items and throwing ice at customers. The chaotic scene unfolded at the Society Hill store on the 500 block of South 2nd Street around 3:45 p.m.

For the second time in less than a week teenagers stormed into a South Street business. Workers are fed up and want these “disrespectful” teens punished.

“They’re so disrespectful. They have no morals at all,” Fred Bedford, who works on South Street, said.

Bedford works at Head House Flats and says this is nothing new for the area.

“…[T]hey … [t]ake what they want, come running out the store, knocking people over, whoever’s in their way, get out of my way. That’s what they do and they will knock you down. They will make sure that they get on their bikes and start running off,” he said.