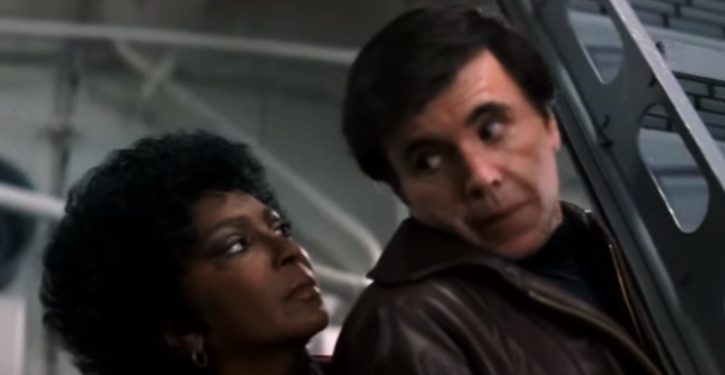 [Ed. – Sooner or later, everything from Star Trek comes true.  (Yeah, yeah, I know, Uhura and Chekov sneaked onto “USS Enterprise” (actually, a stand-in, USS Ranger) in Star Trek IV.  But they did site the time-travel incident in Alameda.  Work with me, people.  And yes, Ranger was a conventional powered carrier.  Enterprise Actual wasn’t available. And yes, in all seriousness, this fence-jumping is a bad thing.  If you could have just enjoyed a mild joke without all those caveats, God bless you and yours to the seventh generation.)]

Two people jumped a security fence at a GE Hitachi research reactor near San Francisco, the U.S. nuclear power regulator said on Thursday, raising concerns over a plant that is one of the few in the country that uses highly enriched uranium, a material that could be used to make an atomic bomb.

The intruders jumped a security perimeter fence at the Vallecitos reactor in Alameda County on Wednesday afternoon, a 1,600-acre (647.5-hectare) site about 40 miles (64 km) east of San Francisco, the U.S. Nuclear Regulatory Commission said on its website in a security threat notice.

They escaped security at the plant after being detected, but shortly afterwards suspects were detained outside the facility, the NRC said.

NYT stumped: What could be behind sharp drop in arrivals at southern U.S. border?
Next Post
Ninth Circuit allows federal abortion funding ban to go into effect