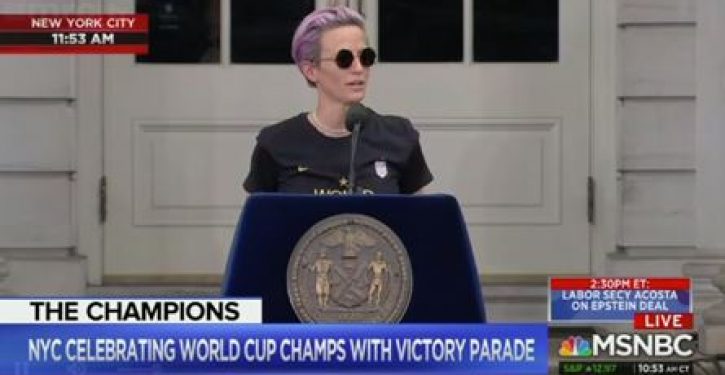 [Ed. – In reality, Mitchell probably wasn’t listening to the speech and provided a ‘canned’ reaction, but that makes her reaction no less inexcusable.]

During the celebration, team captain Rapinoe cheered, “This group is incredible. We took so much on our shoulders to be here today, to celebrate with you today. And we did it with a smile. So, do the same for us. Please, I ask you. New York City, you’re the mother*cking best!”

A stunned Craig Melvin sputtered, “Well, we certainly want to apologize for the language at the end there. But that is Megan Rapinoe speaking in New York City right now to the tens of thousands of fans.”…

A few minutes later, Mitchell praised the speech. Without irony, she noted that scores of young children attended the celebration (and presumably heard the profanity):

ANDREA MITCHELL: NBC’s Rehema Ellis is outside City Hall where the celebration just wrapped up. Rehema, it’s extraordinary. Just the eloquence of Rapinoe. … 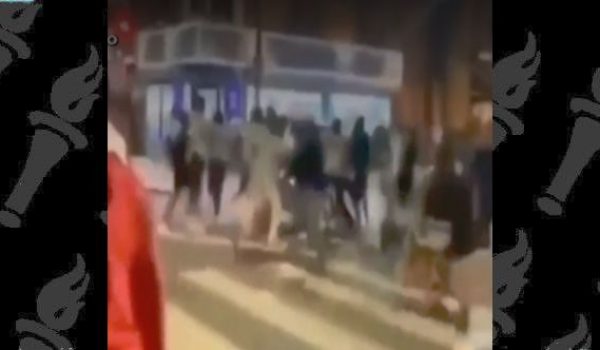