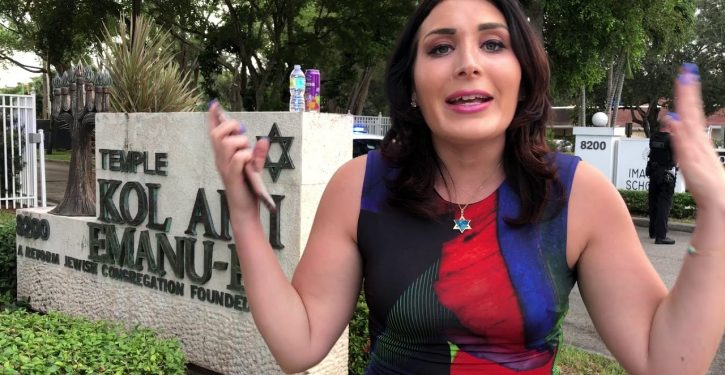 [Ed. – If the suit goes anywhere, it will be a watershed moment.]

In a lawsuit filed Monday in the Southern District of Florida, the self-described “most banned woman in the world” claims Facebook defamed her by labeling her dangerous. Loomer’s attorney, Larry Klayman, a right-wing activist who once filed a birther-fueled lawsuit to keep Barack Obama off the ballot in 2012, says his client is an “American heroine” who has been smeared by the tech giant.

“When you call someone a dangerous person, you’re in effect making them a pariah,” says Klayman, founder of Judicial Watch and Freedom Watch. “You’re making them untouchable.”

FB now prohibits death threats for everyone except ‘individuals’ media deem dangerous
Next Post
AUDIO: Ocasio-Cortez: Pelosi saddling me with work to keep me out of spotlight