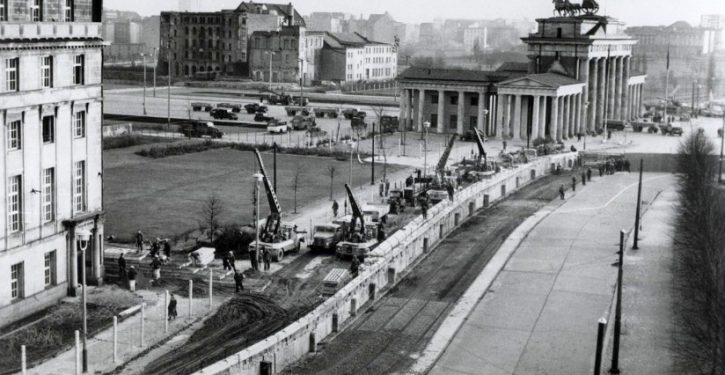 [Ed. – Great because the world did so well the last time Germany embraced socialism.]

Is this city, the former capital of communist East Germany, returning to socialism, this time in both parts of the once divided city? From the tenor of the increasingly anxious debate around Berlin’s housing crisis, it certainly seems so: On June 14, activists handed the Berlin Senate a petition with 77,000 signatures calling for the local government to take over the large companies that control a major portion of the city’s housing stock, the first step toward a public referendum on the proposal. A few days later, the Senate advanced a separate proposal that would put a complete halt to rent increases for five years.

Housing is a big problem in cities worldwide, but few cities in Europe have it quite as bad as Berlin. Every year the city adds between 40,000 to 50,000 people, on top of a population of 3.6 million. Housing construction can’t keep up; as a result, rents on new apartments have gone up 50 percent in the last five years.