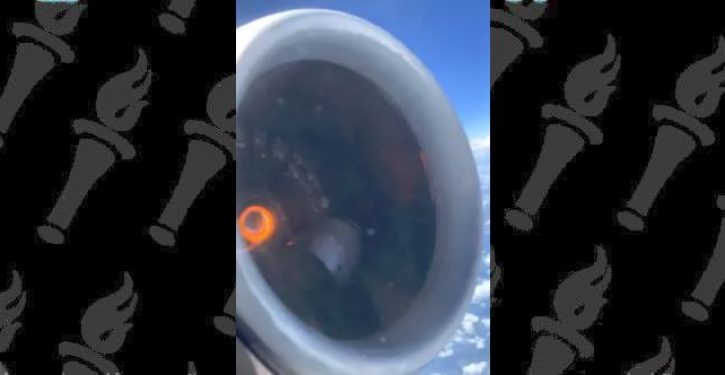 There are many things that one never wants to see out a plane window, and this is definitely one of them. In a video posted to Twitter by user Logan Webb, one of Delta Flight 1425’s engines can be seen with what appears to be its spinner completely detached and rattling around in the inlet, all while an extremely ominous orange glow emanates from deeper within from the still-spinning shaft.

Flight 1425, which per ABC News was “32-year-old [McDonnell Douglas] MD-88 with the engines mounted on the fuselage near the tail,” had departed from Hartsfield-Jackson International at around 12:48 p.m. on Monday afternoon en route to Baltimore-Washington International before the incident struck about an hour into flight. Fortunately, the flight crew was able to make an emergency landing at Raleigh-Durham International at around 2:27 p.m. with all 148 passengers on board unharmed, if shaken.

AUDIO: Ocasio-Cortez: Pelosi saddling me with work to keep me out of spotlight
Next Post
Photos of Bill Clinton and Jeffrey Epstein vanishing; fake photos of Trump and Epstein appearing