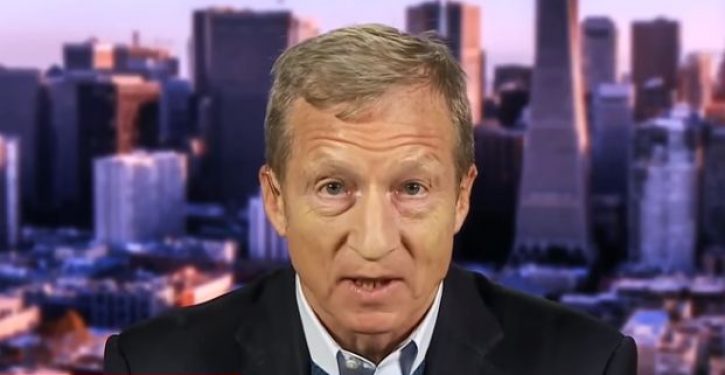 [Ed. – Since he is so concerned about greed and inequality, he could donate his fortune to the needy instead of wasting it on a presidential run.]

California billionaire and environmentalist Tom Steyer, who has spent the past two years pouring millions into a campaign to impeach President Donald Trump, announced he is running for president after all.

Steyer’s announcement Tuesday came as a surprise, especially after he said he wasn’t running for president in January.

But he has changed his mind, entering the race a day after California Rep. Eric Swalwell dropped out of the running. Steyer’s interest in political office is well documented; last year, he traveled to all the early primary and caucus states (Iowa, New Hampshire, Nevada, and South Carolina) and launched his “5 Rights” campaign, a platform based on equal voting rights, the right to clean air and water, free public education, a living wage, and universal health care.

n a video announcing his candidacy, Steyer put corporate greed and inequality at the center of his opening message. … 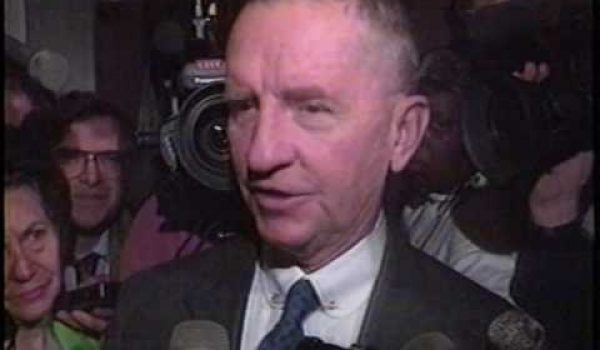 H. Ross Perot, billionaire who ran as independent in 1992, dead at 89
Next Post
Navy’s China Lake base in SoCal still closed due to major earthquakes last week 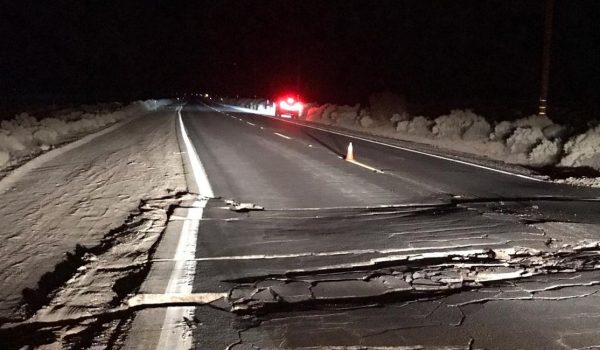