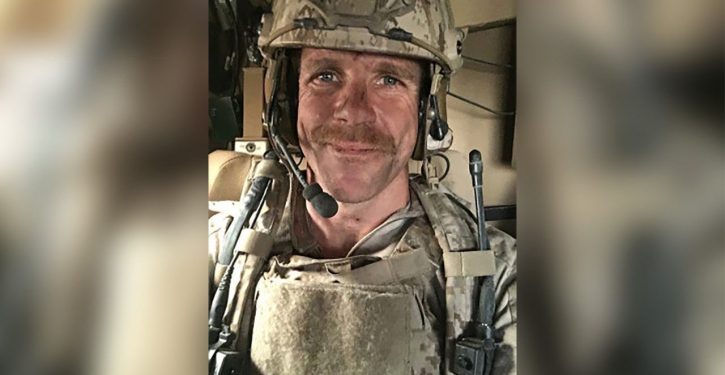 [Ed. – This sounds like the right outcome.  The overall story is a reminder of the trouble we get into, with morale and discipline, when we bail in for long occupations and so-called “nation-building,” especially in cultures very different from ours.  Not keeping combat a distinctive activity messes with everyone’s head over time.]

Navy SEAL Eddie Gallagher has been found not guilty of murder and attempted murder after a two week war crimes trial.

The jury took less than a day to reach a verdict. Gallager, 40, was convicted of posing with the ISIS fighter’s corpse but is expected to walk free from court on Tuesday.

The maximum sentence for the crime is four months and he spent longer than that in confinement awaiting trial before being freed by President Trump in March. …

The turning point in the court martial was when one of the SEALs who had been expected to testify for the prosecution took responsibility for killing the boy Gallagher was alleged to have murdered.