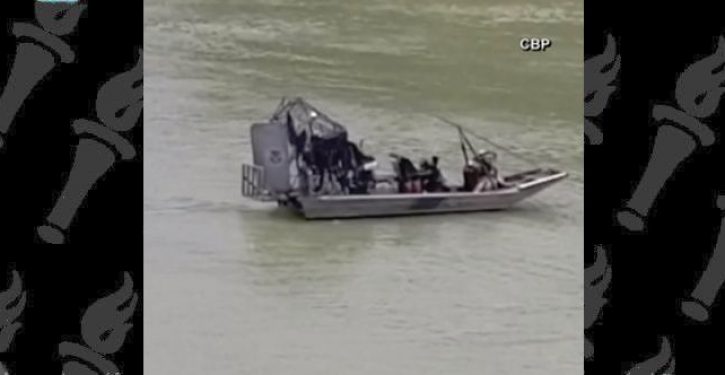 [Ed. – In a way, as Howard Portnoy pointed out, the smugglers are doing CBP a PR favor.  But I don’t think anyone would prefer that as a status quo. Americans just want all the jacking around to stop.]

According to Border Patrol agents, pushing adults and children into the river is a new tactic being used as a distraction by smugglers. While agents focus their attention on water rescue missions, they take advantage.

“Smugglers are often placing children in nothing more than makeshift rafts or on pool toys to cross the dangerous Rio Grande river. On multiple occasions, smugglers have pushed adults and children out of these rafts knowing that agents will prioritize life while the smugglers swim back to Mexico to evade arrest,” Border Patrol Chief Brian Hasting said during testimony on Capitol Hill last week. “So far this fiscal year Border Patrol agents have rescued more than 3400 people in distress along the border and saved nearly 2500 people crammed into tractor trailers.”