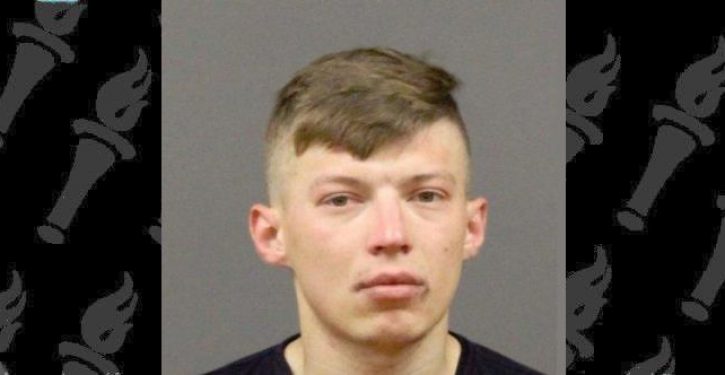 A Ukrainian national who came to the United States as a refugee — and who has a drunk driving conviction — has been charged with the deaths of five U.S. Marine Corps Veterans and two of their loved ones after allegedly causing a crash in Randolph, New Hampshire, last week.

Volodymyr Zhukovskyy, a 23-year-old refugee from Ukraine, was charged this week with seven counts of negligent homicide for allegedly killing five U.S. Marine Corps Veterans and two of their loved ones on Friday, June 21, when his trailer hitched to his pickup truck hit the motorcyclists.

The victims were riding motorcycles together as members of the Jarheads Motorcycle Club, a group of U.S. Marine Corps Veterans, their spouses, and loved ones. …

The Immigration and Customs Enforcement (ICE) agency have a detainer on Zhukovskyy requesting that he be turned over to federal immigration officials should he be released from prison at any time.

Criminal records obtained by the Boston Herland indicate that Zhukovskyy had multiple run-ins with the law dating back seven years.