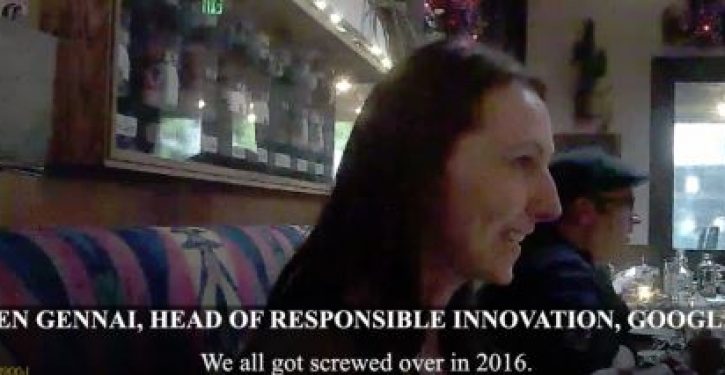 [Ed. – ‘Responsible Innovation’ is right out of Orwell.]

Project Veritas has released a new report on Google which includes undercover video of a Senior Google Executive, leaked documents, and testimony from a Google insider.  The report appears to show Google’s plans to affect the outcome of the 2020 elections and “prevent” the next “Trump situation.”

“Elizabeth Warren is saying we should break up Google. And like, I love her but she’s very misguided, like that will not make it better it will make it worse, because all these smaller companies who don’t have the same resources that we do will be charged with preventing the next Trump situation, it’s like a small company cannot do that.”

Jen Gennai is the head of “Responsible Innovation” for Google, a sector that monitors and evaluates the responsible implementation of Artificial Intelligence (AI) technologies.  In the video, Gennai says Google has been working diligently to “prevent” the results of the 2016 election from repeating in 2020. … 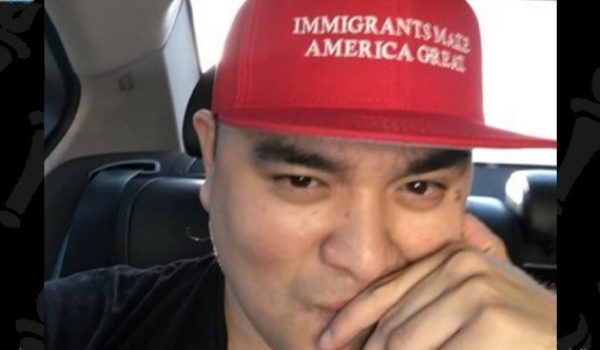 Founder of ‘illegal alien rights group’: ‘We cannot allow ourselves to be terrorized’
Next Post
Unreal: Maxine Waters takes Iran’s side in drone shootdown