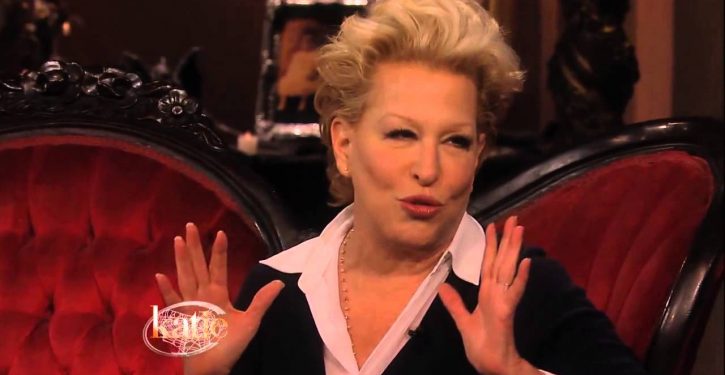 [Ed. – She isn’t referring to deaths by abortion.]

When will celebrities learn that they should probably stay in their lane?

The more anti-Trump they get, the more crazy they sound.

Bette Midler is at it again, just off the heels of a fresh unhinged Cher tweet, too.

The aging actress and singer is now claiming that Trump is jealous of Obama and it means we’re all going to die and yes, she apparently thinks that this is supposed to make sense.

In an apocalyptic social media rant Thursday, the actress declared that Trump’s “uncontrollable” jealousy of his predecessor will lead to “thousands of premature deaths.”

She seemed to be reacting to a report on the Trump administration’s efforts to pull back the Obama administration’s high-resolution global warming initiatives, including the Clean Power Plan, which opponents say place a serious burden on the coal industry. 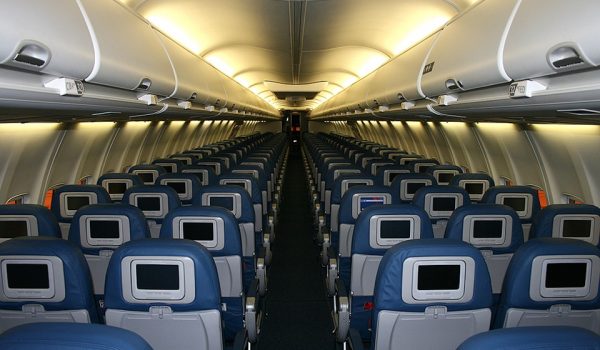 Air Canada passenger says she woke up to find herself forgotten on empty plane
Next Post
VIDEO: Gillibrand claims Hillary Clinton ‘most qualified person ever to run for president’