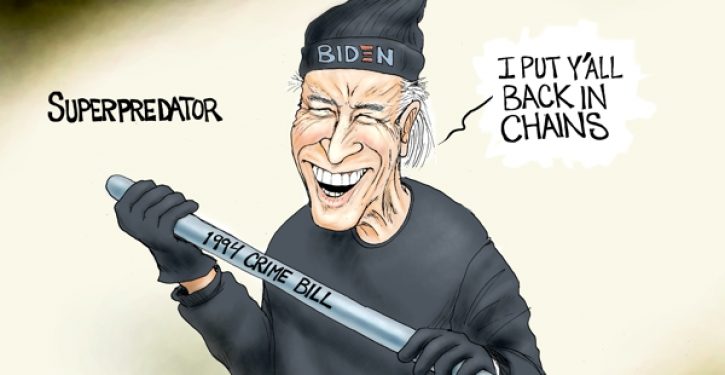 [Ed. – Actually, this is splitting hairs, but Biden claimed recently that there’s not a racist bone in his body so let him and his cronies fight it out.]

Former Vice President Joe Biden referred to Rev. Jesse Jackson as “boy” in 1984 when discussing his impact on the Democrat Party.

Biden, who is mired in controversy after praising the “civility” of segregationists, made the comments during an “informal news conference” in Lexington, Virginia. At the time, Jackson was running for the Democrat presidential nomination and had just bested both Walter Mondale, the eventual nominee, and Gary Hart in the Louisiana primary. The remarks were reported by the Washington Post when they occurred and recently highlighted on social media.

Biden was later forced to clarify that his remark “was not intended to be racially derogatory” and that he had also referred to Hart as “boy.”