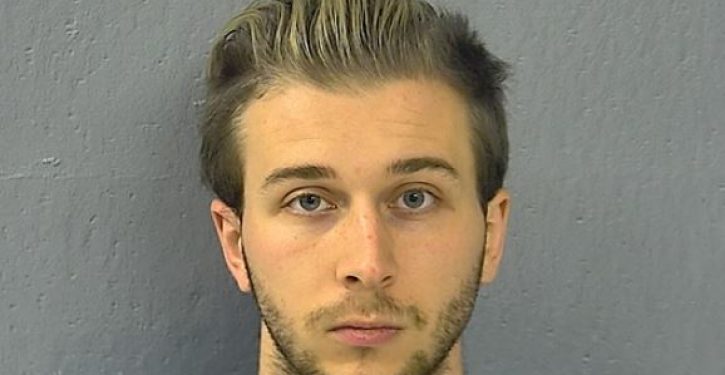 [Ed. – His only punishment is probation?]

A man was sentenced to 5 years probation Friday after admitting to a sex crime with an 11-year-old girl.

Joseph Meili, 22, pleaded guilty to third-degree child molestation, but the conviction could go off his record if he successfully completes probation.

Court documents say Meili connected with the girl on an online dating website and they arranged to meet in person in July 2017. A sexual encounter ensued.

While Meili and the girl were together, she was reported missing.

Police officers, firefighters and sheriff’s deputies were scouring the area near the girl’s home in Republic until she was eventually found back at her home late that night, packing a bag to leave again, according to court documents.

Court documents say the girl told authorities about meeting up with Meili, and she later tested positive for chlamydia.