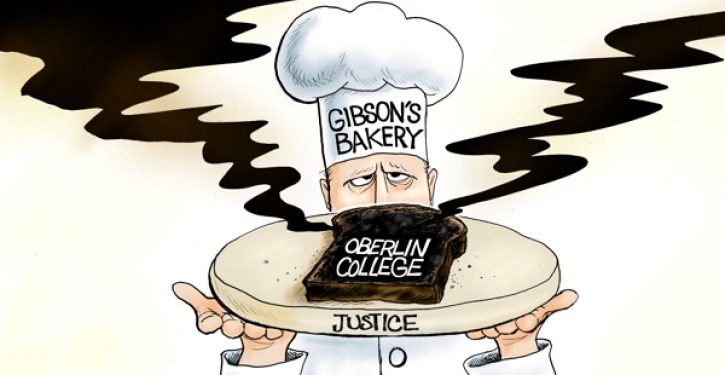 [Ed. – The university not only has no scruples. It has no shame.]

Gibson’s lawyers spent considerable time going over Oberlin College’s IRS Form 990, showing over $1 billion in assets and numerous employees earning over $100,000, They also got the Vice President and General Counsel of the college to admit to some of the content of the blast email she sent out soon after the compensatory verdict, including that she felt the jury disregarded the “clear evidence,” though they were not permitted to show the jury the letter itself under a prior court ruling.

The defense then argued that notwithstanding the Form 990, the college had cash flow and liquidity issues that would make a large punitive award difficult for the college. The defense compared the relatively poor financial condition of Oberlin College to other colleges and universities in Ohio. The defense argued that students would be harmed by a large verdict because the college might have to cut back on grants given to students.

CNN commentator ups ante, says U.S. heading for ‘death camps’ for migrant border-crossers
Next Post
How would Biden deal with the opposition party if he were president? He’d ‘get physical’