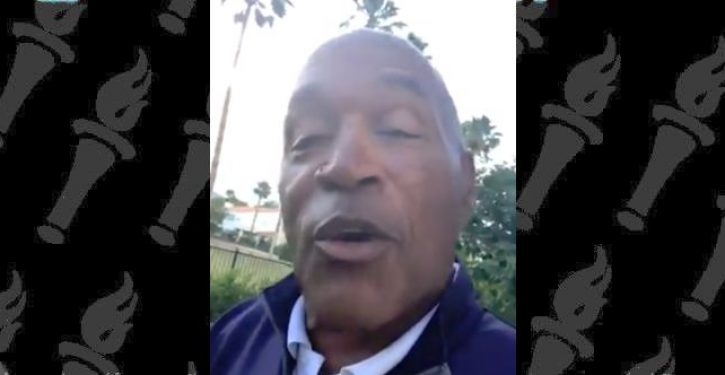 He posted this, notes the New York Post, nearly 25 years to the day that Nicole Simpson and Ron Goldman were murdered. The bit at the end here about him “getting even” is an obvious dark joke about those murders.

This is how he’s commemorating stabbing two people to death, it seems.

Some Twitter users are outraged but I see it as a logical development in the platform’s evolution. Twitter’s where you go to interact with celebrities and sociopaths. A celebrity sociopath will fit right in.

It’s scarcely an exaggeration, in fact, to say that O.J. is all that was missing from our social-media hellscape.

That account launched yesterday. As I write this at 2:20 p.m. ET, it’s approaching 200,000 followers. This cretin will be an absolute Twitter mega-star if he starts posting regularly.

Elizabeth Warren surging in polls
Next Post
What is Ilhan Omar hiding about her marriages?