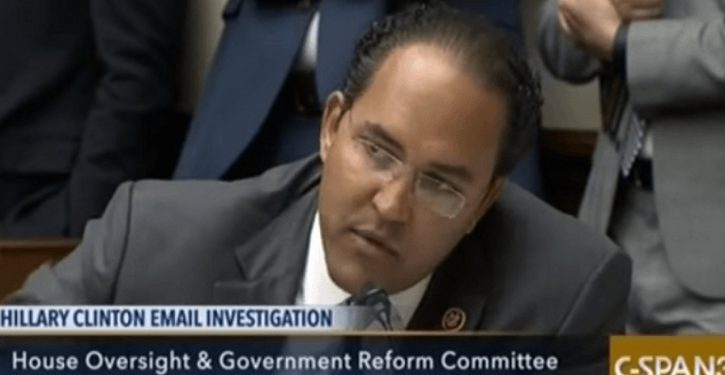 [Ed. – It really isn’t possible to be anti-life and keep your sanity.]

The media keeps squealing that Republicans aren’t taking cybersecurity seriously enough because of all the Russian bots. And then Republicans get purged from cybersecurity because they don’t believe in killing babies.

Rep. Will Hurd, a somewhat liberal African-American Republican and former CIA officer, is widely recognized as the leading congressional voice on cybersecurity. He’s had a plethora of bills dealing with cybersecurity and had been a senior advisor on cybersecurity before getting into politics.

So he was all set to keynote Black Hat, a cybersecurity conference, before the usual social justice trolls began screeching that he had voted against abortion funding. The screeches were amplified by the media echo chamber, in this case its tech subsection. …

Much of the push to force out the black Republican for opposing the murder of babies came via Tech Crunch, a spammy site that only got worse when it was hijacked by the Huffington Post, and is currently owned by Verizon.