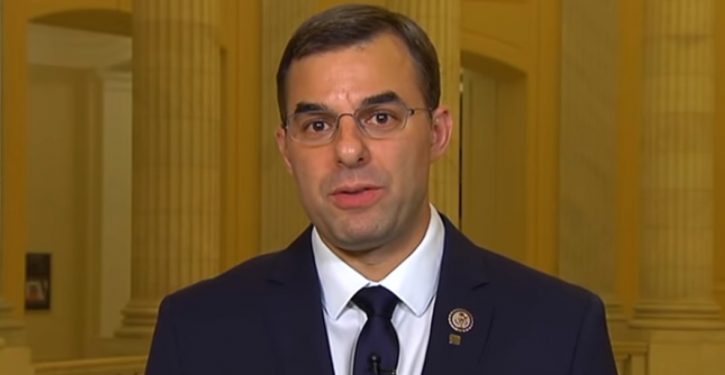 [Ed. – Hot Air’s AP doesn’t like Trump, as most of you know, but his treatment is worth the read. I’m not so sure the results of 2018 will hold for 2020, now that there’s no gainsaying the no-collusion conclusion. I doubt Republicans will lose the district; whether Trump wins Michigan or not, a GOP primary challenger who can defeat Amash will probably win, as long as he or she is not a gaffe-prone idiot.  (The surging challenger is state Rep. Jim Lower, BTW.)]

I can’t find the crosstabs and the MIRS website is paywalled but Daily Kos says the sample was of 335 likely GOP primary voters, which is smallish. Notably, the poll didn’t include a third candidate who’s running. That’s Amash’s best hope for a victory — draw more pro-Trump, anti-Amash candidates into the race, hope that the majority of Republican voters splinter among them, and win the nomination with a plurality. …

Amash is a worrisome third-party challenger for Trump potentially because he’s an unusually bold spokesman for the two camps that typically make up the base of support for Libertarian Party candidates. One is libertarians themselves; to them, Amash’s ideological credentials are impeccable. The other is righties of various stripes who crave a Republican who’ll confront Trump unapologetically. Amash distinguished himself spectacularly in that regard with his impeachment stance. 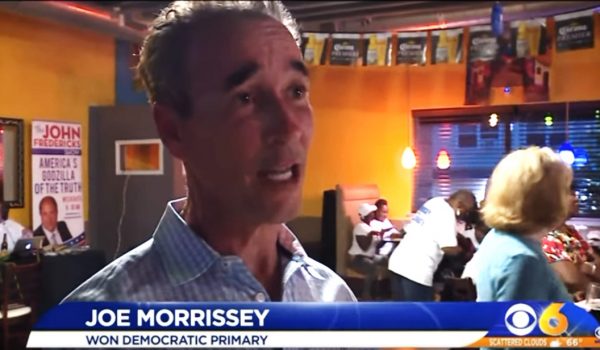