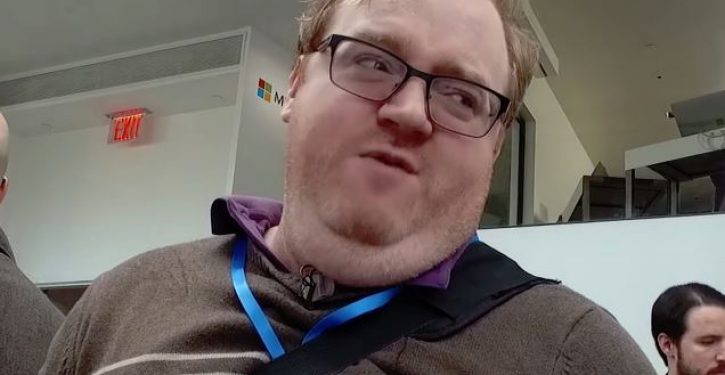 Peter Bright, a progressive feminist and prominent tech journalist, has been arrested on charges that he was allegedly soliciting sex with a minor.

Bright, who wrote for Ars Technica and appeared in videos for the company, was charged after he allegedly arranged to molest a 7-year-old girl and 9-year-old boy. He was instead arrested by an undercover FBI agent who he contacted through an online fetish social media platform.

He allegedly sent the agent graphic photos of himself, and also an STD test to prove he would not give the children any diseases. The criminal complaint has graphic descriptions of what Bright told the agent, including his claim that he had been molesting an 11-year-old already.

Bright, who is 38 years old, tweeted under the account “@DrPizza,” where he self-identified as polyamorous, pansexual, and “pervy” in his profile.

He often used the account to tweet vile insults at President Donald Trump, including one accusing the president of having incestuous feelings for his daughter.