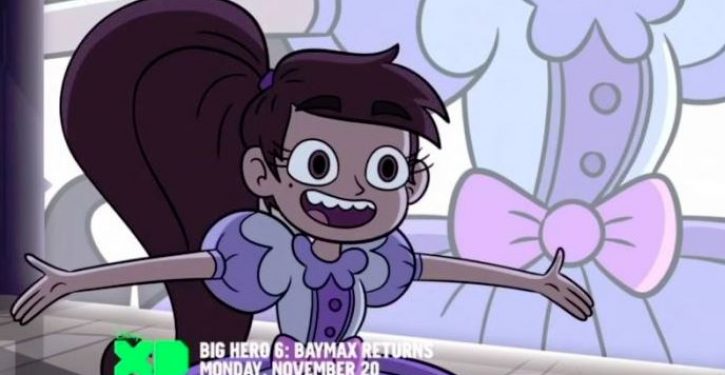 Disney made a bold statement to its Disney XD audience: Boys can be princesses, too!

On a recent episode of Star vs. The Forces of Evil, the character of Marco Diaz (voiced by Adam McArthur) disguised himself as Princess Turdina to help save the students at St. Olga’s Reform School for Wayward Princesses from Ms. Heinous, the wicked headmistress.

Marco is about to reveal his truth to the students when Ms. Heinous storms in and outs him herself, pulling down his shirt to reveal a strand of chest hair. But the other princesses stand by Marco’s side.

“That doesn’t prove anything. Princesses can be hairy,” one princess shouts.

“Why does it matter if he’s a boy? Nothing he said was wrong,” another exclaims.

Others join the chorus by saying, “Yeah, we believe in you, Turdina,” “Turdina is a state of mind,” and, “He can be a princess if he wants to!”